Practically a district, the Cullera Lighthouse is one of the quietest and most summery areas of the city, surrounded by sea and mountains.

Its name derives from the construction of the lighthouse that has been warning sailors for years of the rocky outcropping of the mountain towards the coast.

Today the lighthouse is an emblem of this part of the list, operating night after night and fulfilling its mission. 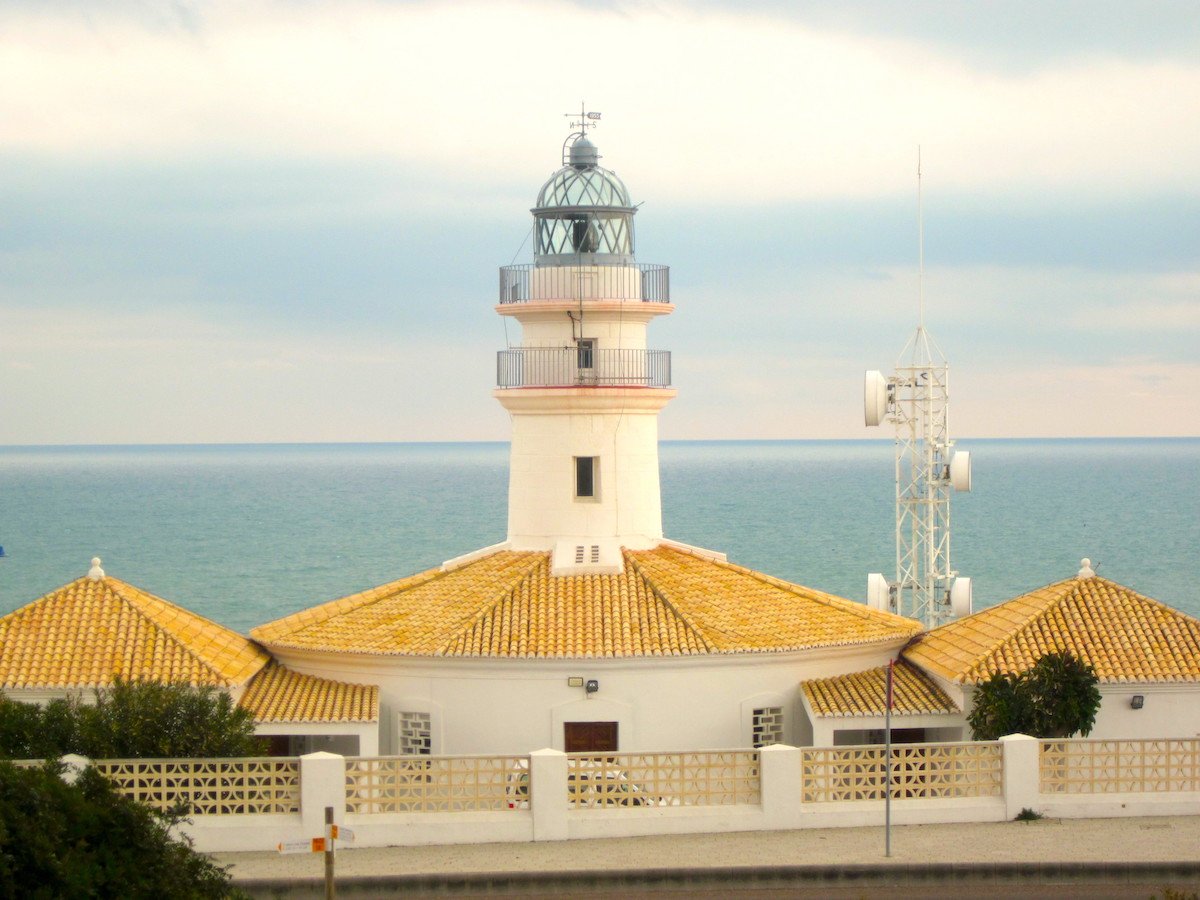 In the area we find from the first traditional houses to modern villas with great detail.

Calm winters, with sparse population that contrast with lively summers, frequented by families and young people.

In the area of ​​the Cullera lighthouse we find three beaches of different nature: a cove, an urban beach and a more wild one.

Beach in the lighthouse cove, surrounded by rocks and awarded with the Blue Flag.

Also awarded with the Blue Flag, an extensive urban beach that communicates with the town's beaches. 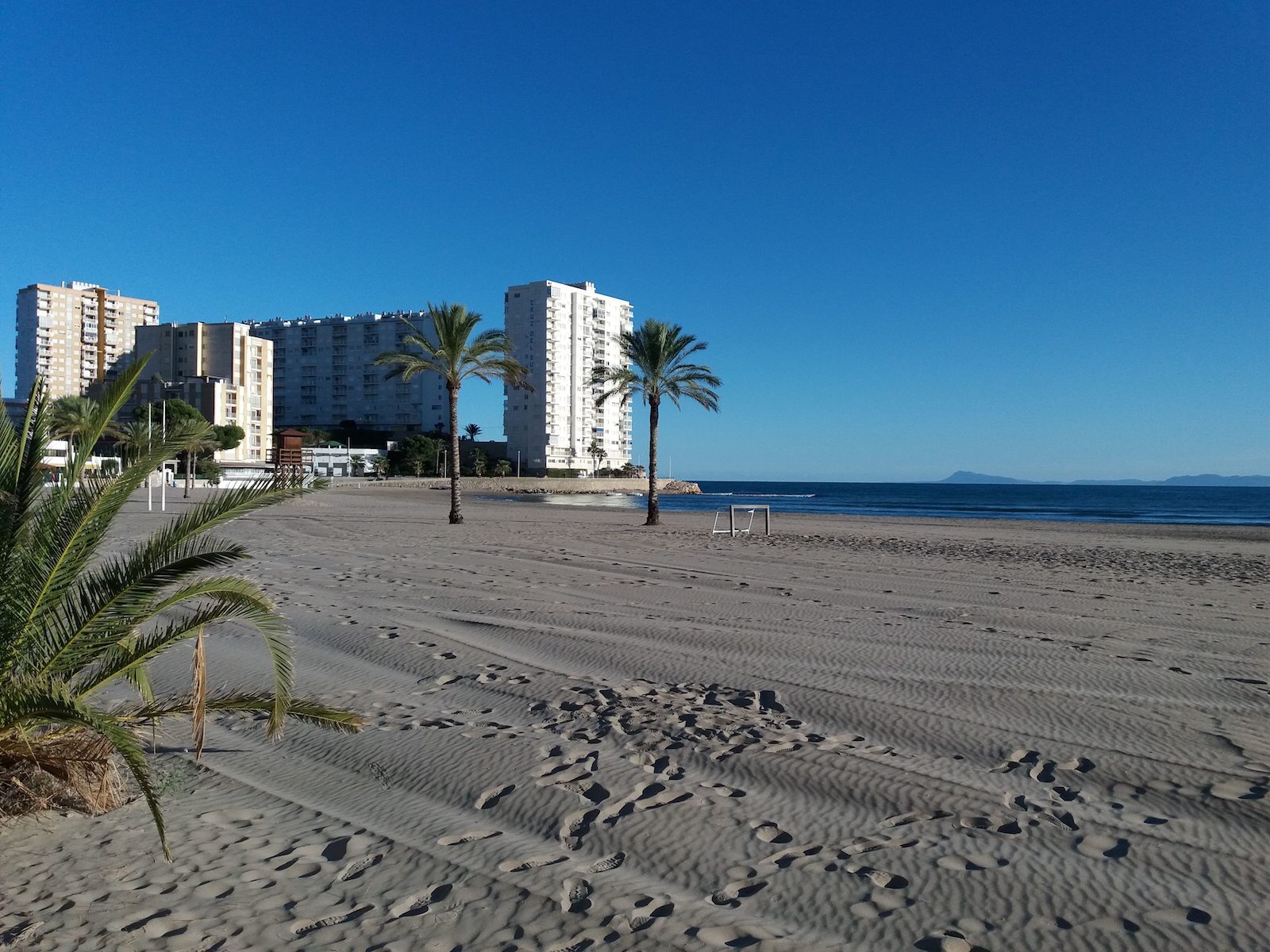 In a rustic area, a wild and less crowded beach. 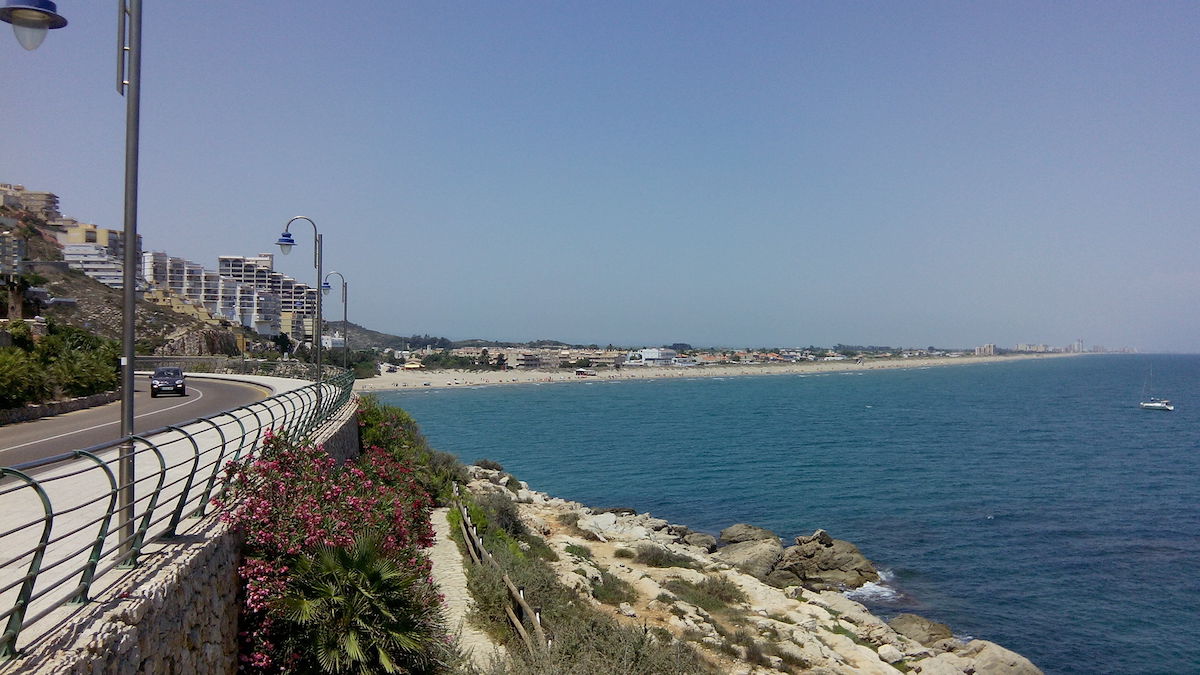 Isla de los pensamientos
In the area of ​​the lighthouse, one of the most distinguished sites should be highlighted.
This area of ​​the Costa Brava is unique, you can find coves between the mountains, rustic houses, routes, water activities, unique landscapes and a site with a Roman presence - La Isla de los Pensamientos - where long ago there was a late Roman port establishment, in the which business transactions were managed; Proof of this are the numerous finds found in archaeological excavations (bronze crosses, coins, amphorae, pottery from Roman, medieval and contemporary times).
These archaeological finds reinforce the theory that in Cullera the - Portum Sucrone - could host an important port. If this theory were correct, one of the enigmas that to date remains to be solved could be solved - Where is the city of Sucro located?
Sucro - It was the most important Roman city in the region and that to this day is still not located in a specific location. Many are archaeologists, historians,…. They continue to investigate the geographical situation in which the city of Sucro was located.
There are four populations that consider the possibility of hosting the ancient Roman city of Sucro: Cullera, Sueca, Albalat de la Ribera and Alzira.

The city of Cullera is made up of different neighborhoods and areas, each one with different charms and possibilities. Cullera areas can be classified into the following:   The Center / The Villa The heart of the city and the busiest area where we find institutions and all kinds of shops and services In the town it is born practically at the foot of the mountain, in the Sant Francesc neighborhood and it extends to the river. The Sant Francesc neighborhood together with the Pou ... Read more

Cullera beaches Below we review the list of beaches in Cullera, of which most have been awarded year after year with blue flags, which determine the quality of the beaches and waters.     San Antonio Perhaps the best known and the most urban, the beach of San Antonio is the closest to the town. It has a large expanse of sand and enough space to accommodate many bathers, in addition to having extra services.   Escollera Beach Adjacent to the beach of San Antonio and the rock ... Read more

The Cullera Lighthouse Practically a district, the Cullera Lighthouse is one of the quietest and most summery areas of the city, surrounded by sea and mountains. Its name derives from the construction of the lighthouse that has been warning sailors for years of the rocky outcropping of the mountain towards the coast. Today the lighthouse is an emblem of this part of the list, operating night after night and fulfilling its mission. In the area we find from the first traditional ... Read more

Pirate's museum “COVA DEL DRAGUT” – CULLERA     Legend has it that in the 16th century, a terrible pirate named Dragut or Darghouth of Turkish origin, sailed the waters of the Mediterranean Sea and had his home in Cullera, that beautiful town surrounded by sea, sun, river and mountains.   Dragut was one of the most feared pirates at that time, after the Pirate Barbarossa; the protector of him.   When Barbarossa died, Dragut inherited his fleet of ships ... Read more

Maritime sports Cullera   Guaranteed fun   Much of Cullera's attraction is its coastline: the beach and the Mediterranean Sea, a calm sea that allows the practice of many maritime and aquatic sports , which attracts Diverse public in search of both excitement and relaxation. On the beaches of Cullera you can practice a variety of water sports throughout the year, practically any day, even in winter as long as you have the necessary equipment. In addition, there are various ... Read more

No properties were found for those filters.